Will woolworths do wonders?

Woolworths is back; it’s alive and trying to re-establish itself as an online store. But the question is, will it succeed? When the company collapsed and closed all its stores in January, 30,000 jobs went, as well as a High Street icon. The name, however, was bought by Shop Direct which relaunched the brand as an Internet shop a week ago. 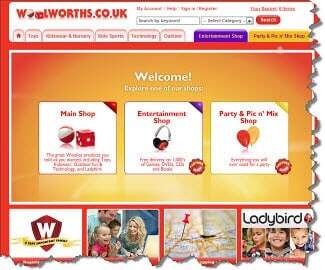 Will you be making a visit to the Woolworths store to buy pic’n’mix online?

But will it work? The last Woolworths web store was pretty much derided. Have the new owners learned from the past mistakes of the company and brought their online experience to help? At first sight, the answer is no. Just like so many other bricks and mortar retailers, the new Woolworths store appears to be trying to replicate a real world shop online. And that shows a lack of understanding of the way people buy things on the Internet.

Because of the lack of boundaries, like physical walls or opening and closing times, we have freedom to buy what we like from anywhere. That characterises the whole way we shop online; it’s different behaviour to what we do in the “real world”. We are not, for instance, as loyal to particular “stores” as we might be to physical shops; in retail terms we have become “promiscuous shoppers” – we go anywhere.

True, people do use “favourite” online stores, such as Amazon or eBay. But what we tend to do is use them as a “first port of call”. If they have what we want, we buy it. If not we use price comparison sites or do our own search to find what we want to buy. And if we don’t know what kind of online shop might sell what we want, we just search for it and buy it almost anywhere – providing we trust the web site.

Woolworths traffic has taken a beating

The new Woolworths store attracted considerable interest in the past week, but traffic has plummeted since it opened its online doors, according to Alexa. In fact, traffic is down to the levels that the old Woolworths web site was getting back in 2007.

The new web site does not seem to have impressed people that much. People aren’t coming back, it seems, after the initial rush following the launch of the new site. So, why not?

Well, the site is not focused. It offers children’s clothing, as well as being a party shop and also allowing you to buy pic’n’mix. The whole point of buying a bag of sweets is to eat them…! Not to wait a couple of days and to pay postage for them, sometimes amounting to more than the cost of the sweets themselves. It’s a gimmick, sure enough, but does it match people’s expectations of what pic’n’mix is all about? Probably not. Will children wait two or three days for their bag of sweets? Er….!

Here’s what appears to have happened. Take a well-known brand name, put online all the things it was associated with in its shops and try to sell them. In other words, once again an online retailer has started at the wrong end of the equation. Instead of starting with a consideration of online shopper behaviour and how the brand name could fit with that, the company appears to have tried to almost replicate the Wonder of Woolies online and then use fairly standard marketing to try to get people “through the doors”. This is such old-world thinking.

Woolworths would no doubt argue that they are doing just as they planned, that they are on-track and that their store does appeal to people. Fine. They might also say that Amazon has a lack of focus, providing all sorts from books, to DVDs, to electronics or clothing. But here’s the rub. Amazon started as an online store back in 1994 in the very earliest days of the web. The “being first” status online has a special significance. Assuming people like your initial offering, you get rapid, vast take-up which sticks. Competitors then have immense difficulty if they try to provide the same thing.

Take Twitter as an example. There are 250 Twitter clones and look-alike services; heard of them? Maybe. But which one do you use? Aha…Twitter. For competing services to survive they have to be focused, like Yammer, which offers internal microblogging for corporates – their very own “Twitter” look-alike that’s private. And so it is with Amazon. No other unfocused store can really compete; online retailers simply have to narrow what they offer in order to overcome the power of Amazon, maybe using dozens of different, highly focused web sites.

The new Woolworths store will probably sell millions-worth of goods this coming year; but they could sell a whole lot more if they abandoned the “high street online” concept and went “niche”. The same is true for many small businesses as well; they attempt to sell a wide variety of products and services all from one web site or “shop”. It’s not the way we buy online, so even for small businesses much more focus is needed. Indeed, a separate web site or shop for almost every product or service you sell.