Twitter, the net’s networking success story, is intriguing and intimidating because of its message limitations: they can be 140 characters, and no more.

This is to say; each message sent on Twitter can be no larger than the previous sentence. Not an additional letter, space, period or dash can be added. These limitations have proven to be the greatest asset and the greatest challenge for people trying to use Twitter for any number of purposes.

On the advantageous side, the short messages have created an entire culture of Twitter-fluent writers. The brevity of the message stretches creative muscles, making people use every trick to get the most information into the fewest characters. On the other hand it creates a severe headache for the marketing minded, as it doesn’t leave much room to present a case. Thus the vast majority of Tweets are short little social comments or updates, and most marketing revolves around calling attention to particular links.

Of course, there are always ways around limitations, and Twitter is something that every seriously market-minded organization needs to embrace in order to see continued success on the web. In the case of short message services like Twitter, the key lies as much in the peripheral data that builds up around the message as in the content itself.

For example, consider the biography you’re able to construct using Twitter. This is a ripe opportunity to develop some brand recognition right away. Put the title of the brand you’re marketing in the bio, and consider including the most relevant keywords in your profile. As ever, do so in a way that respects the user’s intelligence, and gives them something worth reading. Simply stringing together a chain of keywords is not the way to go.

Include keywords in your Tweets as well, taking care not to be terribly obvious about it. The first 20-30 characters are the best place, as later words are of decreased importance in a Google ranking search.

Each brand rises and falls on the whim of the audience, known in this case as tweeple.

There are a number of applications available to help you with the process of identifying the tweeple that you want to cultivate into an audience. Twitterholic can help you identify the movers and shakers based on their Twitter traffic and their location. If you know your field or brand well, you can use this to locate groups with similar interests and woo them to your feed. Tweepz is a similar tool, focusing on location, and Twitter itself has a ‘near this location’ feature that can be used to identify tweeple nearby your center of business.

Yes, Twitter is an effective way to quickly distribute information. But its real power is in its ability to create conversations about something interesting.

In theory you could simply gather up a large user list of tweeple and start spamming them with links promoting your latest gig. This is a surefire way to get flagged for abuse or ignored entirely, and thus is rather counterproductive to good marketing goals.

Instead, consider using alternative methods to drum up those conversations that travel like wildfire.

For example, there is the technique of Alternate Reality Gaming. This is a phenomenon based on the idea of taking ‘real’ events and building a game out of them. Last Call Poker was an ARG that intended to drum up sales for an upcoming video game, GUN.

LCP spread out information about gatherings, online incentives, and other attractions to get people excited about the western theme of the game. Tokens such as poker chips and other goodies were given out at these events, and GUN went on to have a very successful launch. People were invited into the world of the western, and the chatter eventually included 8 million participants.

This kind of rogue advertising is tailor-made to work with Twitter. Locations and dates can easily fall within the 140 character limitation, as can short explanations. Consider creating an ARG with a short story designed to work within 140 characters, locate an audience with the assorted Twitter tools at your disposal, and plan some exciting events to promote your brand. The chance to get involved always gets people talking, and the more esoteric games can span entire continents.

There are other methods, some more appropriate to each individual brand. Perhaps a modest bicycling business isn’t suited to promote a large ARG experience. They could, however, organize a bicycling flash mob by hopping onto the local bike hobbyist twitter feed and posting a date and time. The trick is less which technique you use, and more that you do your best to make it relevant. As always, strong content and clear presentation will win out over gimmicks and sales speak.

Also, consider one last thought. The introductory statements of each section in this article are Twitter compatible, and so is this one. Good luck and happy Tweeting.

About The Author:
Enzo F. Cesario is an online branding specialist and co-founder of Brandsplat, a digital content agency. Brandsplat creates blogs, articles, videos and social media in the “voice” of our client’s brand. It makes sites more findable and brands more recognizable. For the free Brandcasting Report go to http://www.BrandSplat.com/ or visit our blog at http://www.iBrandCasting.com/

This article courtesy of SiteProNews.com 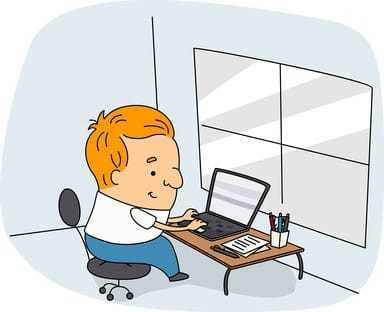