Can you really be a self-publisher?

Being a self-publisher is tougher than you think 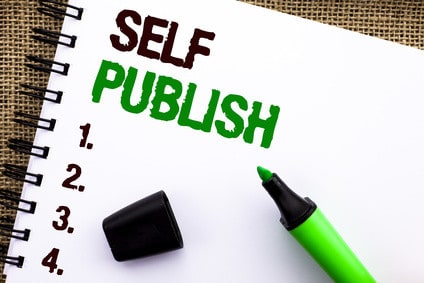 Everyone has a book inside them, or so the adage goes. Frankly, based on many of the self-published books I have seen that have come out in recent years, they ought to have stayed “inside them”. You know as well as I do that Amazon is littered with second-rate books and that the web has millions of pages offering you titles that are badly written, poorly laid out, and amateurish in the extreme. Self-publishing is alive but not well.

Estimates vary as to the extent of self-publishing. Perhaps only Amazon really knows. What is clear is that self-published books are increasing. The demand for ISBNs (the catalogue identification for a book) grew by 21% from 2014 to 2015, for instance. A couple of years ago, The Bookseller asked several industry experts as to the extent of self-publishing, only to find there was no real agreement. Two years ago, Nielsen BookData estimated that one in 20 books was self-published. Two years on, it could be higher, of course.

Enthusiasm for self-publishing is clearly evident when you go to business meetings. At least one person will tell you they are in the midst of writing their book. Others will have brought along a copy or two to sell or give away. When I attend these events, it is clear that most of these self-published books are the proud children of those authors, so I don’t have the heart to tell them that their offspring are dreadful.

You can tell a self-published book from a professionally-produced one from a traditional publisher. Self-published books usually have badly designed covers. The text is straight out of Microsoft Word, which by its own admission is a “word processing” program, and does not boast to be able to do typesetting, with proper typography. Few self-published books have indexes. And if these books include images, they are often too low a resolution, or they are badly cropped, or apparently taken by the author who is obviously not a professional photographer.

Now, if you are a self-publisher and starting to get a little annoyed by what I am saying, let me, first of all, make it clear – I am guilty too. I self-published two books a few years ago. One is called “Abolish Public Speaking Nervousness“. It is not my proudest achievement. Don’t get me wrong – the content is fantastic…! But the layout and typography leave a lot to be desired. Worse still, it only has one review on Amazon and has sold pitifully few copies enabling it to languish in the bottom rungs of Amazon’s ranking ladder. The other is “Effective Email” which was equally brilliantly written, but sold poorly.

However, I have done naff-all marketing for them. So I only have myself to blame.

Equally, I can only criticise myself when it comes to the weak sales of my traditionally published books. I have had 30 books published by professional, traditional publishing companies including major companies like Hodder & Stoughton. Even though all my publishers have been wonderful, they effectively leave much of the marketing down to the author. Indeed, modern-day publishing contracts tend to have clauses requiring the author themselves to promise to buy a certain number of books (often around 1,000 copies) which they will sell at events where they are promoting their work. Most publishers these days will not even consider your book unless you have a significant social media following, a highly-active blog and several public speaking engagements already lined-up. It’s a clear message that they are expecting you to do much of the marketing work yourself.

This is a feature that many self-published authors that I have met fail to grasp. The writing of a book is the least important part of the job. Indeed, there are plenty of badly-written books that have sold millions. I won’t tell you what shade of grey they appeared in. But these books succeeded because of the gigantic efforts that went into marketing and public relations.

What I learned from the Self-Publishing Conference

So, given that I am a professional writer, having earned much of my income in the last 34 years from books, articles and journalism, I was interested to find out how I could take my own self-publishing journey to greater heights. I have become increasingly frustrated with the world of traditional publishing, and I am keen to do more on my own, but better this time. One reason is that even though publishers I have approached with my recent idea say it is brilliant and they’d love to take it on, they can’t fit it into their lists for a year or so. Given that the book is about the current state of the Internet, that’s a bonkers situation. I can write it in a month, so surely they can produce it in a couple? Clearly not.

So I headed off to the 6th Self-Publishing Conference this weekend full of anticipation. I knew it was going to be good; after all, I attended last year’s event (look closely at the website, and you will see I feature in one of the images…!). The event is organised by Matador Books, the self-publishing division of Troubador, a traditional publishing company. According to Jeremy Thompson, the Managing Director of Troubador, Matador was set up to improve the quality of self-publishing. That’s a big task, yet, based on the evidence of the two self-publishing conferences I have attended, they are doing a good job.

If you are a self-publisher or want to produce your own book because you “have one inside you”, then you need to attend this conference. (I am assuming there will be one next year..!)

What I discovered in the past two years is that there are three kinds of self-publishers. There are people like me, disillusioned with the traditional publishing world. There are people who have yet to start on their books but are serious about it and want to treat it as a business. And there are people who are hopefuls, believing that their story is going to excite the world (when frankly, it won’t). What’s interesting, though, is that most people appear to be writing fiction or personal memoirs, yet the bulk of books published are in non-fiction. Indeed, a third of all book sales are educational books for schools and universities. A further 12% of books are business books. So, the first thing that is noticeable is that many of the would-be self-publishers I have met are looking at the wrong market – they are focusing on an area that has lower potential sales.

From the two conferences I have attended, here are my five tips on self-publishing.

Good, professional self-publishing is possible, and it clearly works. Keith Houghton, for instance, is a self-publisher who paid for his four-bedroom detached house with cash, all taken from his self-published earnings. Even so, apparently Amazon says only 40 self-published authors are actually earning any real money. If you want to be like them, or follow me as I become the 41st, then we all have to take self-publishing much more seriously.

An excellent place to start is this guide from Matador. Or spend a few hours with publishing expert Sue Richardson who will help you decide the best route to publishing. And if self-publishing is right for you, then join me at the next Self-Publishing Conference in 2019…!