It’s all in the title; why you should spend more time on the headline than the text 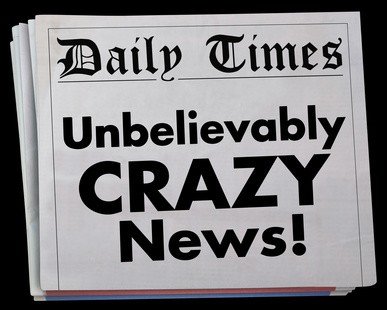 How long do you spend writing the titles of your web content? Do you spend longer on the text than you do on the heading? Similarly, how much time do you spend on the subject line of an email?

When I ask these questions in masterclasses, I get met with the same answer: “no idea, not long”. That is, of course, the wrong answer…!

For a moment, just think of emails. You open up your email program, or you take a look at Gmail and you are faced with having to make decisions as to which emails to read. Even if you decide to look at them all, you are already influenced as to how you will react based on the “subject” line, which is all you can see in most instances. So if you see subject lines such as “Attention: FYI” or “Here’s the information you requested” or “More info…” you are hardly moved to immediate action based on some kind of real desire to open the email.

Similarly, when it comes to blog posts or other online content, the vast majority goes unread because people are not engaged with the headline at all. There is nothing to entice them to want to read more.

One recent study found that it takes, on average, more than three hours to write a single blog post. That’s a long time to write the typical blog post length of around 1,100 words. That’s about five words per minute. If you are working at that rate, you need to be sure that the investment in your time pays off. Yet the vast majority of blog posts get precious little readership. In other words, the time investment in writing web content is rarely achieving any real return. The reason? People spend more than three hours writing the text then less than a minute writing the heading.

The heading is the only thing which will entice people to read the content. Studies show that people see the text and subconsciously process it before they look at the images. Those words in the heading are fundamental and vital to people reading on. Yet, they are the item that often gets the least attention in web content.

Several years ago, I worked alongside a former senior executive from The Sun newspaper. He had been responsible for managing the editorial team and budget at Britain’s most successful print newspaper, which was read by more than 5m people each day.

What he told me was interesting. Of those 5m people, about one million of them were different each day. These were people who bought a different newspaper every day of the week. They were known as “promiscuous buyers” because they had no loyalty. Instead, they purchased papers based entirely on the headlines on the front page. They would walk into the newsagent store, scan the front pages and buy the newspaper where the headline had the most appeal.

As a result, The Sun invested heavily in front-page headline writing. My colleague had employed two senior journalists whose sole job was to produce the front page “splash” headline. That’s two people who might spend all day writing just one or two words. On top of this, these two journalists were amongst the most highly paid individuals on the editorial team. The front page headline was so crucial to a red-top tabloid newspaper that it was spending two working days to produce just a few words, from highly paid writers. However, the 500-word story beneath those headings may have only taken an hour to write from someone who was paid much less. The front page headline was so fundamental to the newspaper it invested more in it than in the story it supported.

Focus on the headlines

The same principle is true for your blog posts or other online content. You might spend half a day on creating a short video and then upload it to YouTube with a heading you create in 30-seconds.

Yet, it is the heading which is the most important. If you spent half a day producing a video, doesn’t it warrant a further half a day on the headline that attracts people to it?

Equally, if you have spent three hours writing a blog post, isn’t a minute or two on the heading doing that writing time injustice?

Three steps to a great headline

If you want to ensure your headlines engage then make sure they contain:

Take a note of the headlines that engage you

Start to build up a library of headlines that engage you. When you look at some web content or feel immediately attracted to an email, keep a note of the headline. You can store this in something like Evernote, for instance. Look for the similarities between the headings that attract you. Analyse your list so you can find common words and phrases. Look at the various structures used, such as questioning headlines or those which are grammatically incorrect and therefore stand out.

The best headline writers on newspapers are those who spend a great deal of time and effort looking at other headlines. The best writers in the world tend to do a great deal of reading. The best photographers in the world collect images produced by other photographers. Similarly, if you want your web content to be engaging, you need to get really good at writing headings. And that means you need to be really interested in the headlines you see around the web.