How to spot an online narcissist 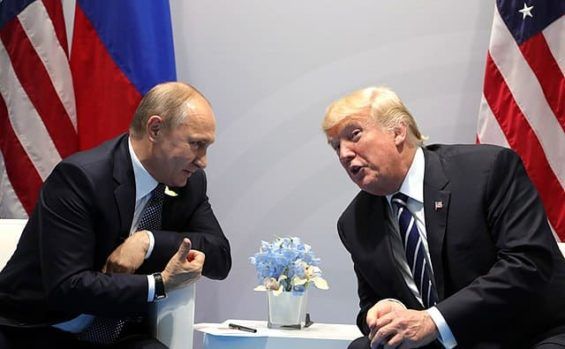 A narcissist on the Internet is a problem, because just as they are difficult to deal with in the real world, they become an issue online. Narcissists lack empathy, and that means they can cause problems with teams as well as lead to issues with communication and support. Online, this can lead to problems with email, team communication systems such as Slack, as well as difficulties with group tasks, such as content production. Narcissists disrupt and can instil conflict. As a result, spotting and dealing with an online narcissist is essential.

Sometimes, it is easy to spot an online narcissist. You only have to look at Donald Trump’s Twitter account to see that it has a significant level of “me, me, me” in it. One of the key indicators of a narcissistic personality is that the individual is effectively saying in their communications “I love myself and I know you love me too”. That sentiment is clear within Donald Trump’s Twitter activity.

However, when you look at the Twitter account of the President of Russia, you will find it difficult to see anything that suggests Vladimir Putin is a narcissist. This Twitter account is limited to official announcements and diary engagements. Maybe that could be why it has less than 1.5% of the followers that Donald Trump gets. We apparently love a personality, when it comes to social media.

Even so, some would argue that to be a world leader you need a degree of narcissism anyway.  So how come one world leader openly displays narcissistic personality characteristics online, and another does not do so? After all, one study of the personality characteristics of Vladimir Putin says that he does have narcissistic tendencies. So, how come we cannot spot these easily online?

Narcissism isn’t new; it’s just easier to spot these days. Indeed, a decade ago I wrote a post pointing out that social networking had brought about a significant increase in narcissistic behaviour online.  This activity can be distracting and disruptive, so it is essential to spot who is an online narcissist so that you can determine in advance your potential response to what they are doing on social networks or in an email.

Here are several factors that are used by narcissists online:

These kinds of social media posts are indicative of someone who has narcissistic tendencies, so they suggest you need to take care with such individuals.

What to do with online narcissists

A narcissist is attempting to trigger a reaction, and it is easy to get provoked by what they say in emails and in social media posts. So, it might seem sensible to ignore them. The problem is, in many cases that just seems to prompt them into ever-more outrageous behaviour in a further attempt to get you to react.

However, if you react, that also encourages them to repeat their online behaviour as, to them, it just confirms they were right all the time. So they carry on, in the belief that what they are doing is right.

It seems as though the recipients of messages from narcissists are in a lose-lose position.

However, it does not need to be like that. There are things you can do to minimise the disruption of narcissistic behaviour online. Ignoring the messages will not make them go away, so you do need to react. But it is the way that you respond which is crucial.

Research suggests that narcissists are either “vulnerable” or “grandiose”. The way that you react depends on what kind of narcissist they are. A vulnerable narcissist doesn’t feel good about themselves, so your reaction could be to be supportive and demonstrate they are OK. However, the grandiose narcissist would take this as confirmation of their superiority, so your reaction to these individuals could be about encouraging their support for your ideas.

In essence, regardless of the type of narcissist, one of the best ways of dealing with them appears to be in confirming, in a small way, that they are indeed good people with good ideas. Don’t go overboard on praise, but a simple acknowledgement of their goodness will help.

The next thing is to think about yourself. Consider your own reactions and decide to set-aside any negativity. Talk to others on your team about your response to messages and social media posts from narcissistic people. In other words, put their messages into context – and other people can help you do this. Otherwise, you react – perhaps over-react – and the narcissist has thereby achieved what they wanted, which only provokes them into doing more.

You will, though, at some stage need to change the views of a narcissist or get them on your side to help you. All you have to do is praise them in a small way and then demonstrate how much the ideas you are suggesting are in their favour, show them off in a good light and support their position. In other words, make all your proposed changes about them.

Narcissism may well be on the increase online because social media technologies appear to encourage it. So it is wise to be able to spot such behaviour and deal with it before it disrupts your workplace.

How to Spot an Online Narcissist by @grahamjones https://t.co/PMkEsniNve via @B2Community Easy … check out Trump

An Updated Snapshot of the Online Narcissist | Psychology Today

Nov 24, 2016 … Are we really experiencing a narcissism epidemic, and does social media use play a role? A new meta-analysis raises some disturbing questions.