How many customers do you reject? 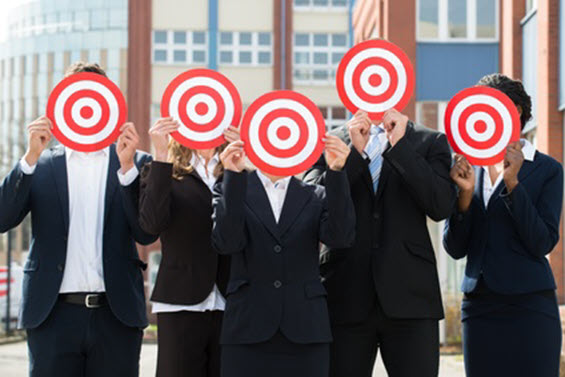 Earlier this week I was sat in the office of the Chief Executive of one of London’s most famous and iconic stores. As we sat drinking tea, he explained that the globally recognised store had been through something of a transformation in the past two years. Before his arrival as CEO, the six-storey shop which is the largest of its kind in the UK, attempted to welcome anyone into the store. It was all about maximising footfall. The more people, the better.

The new CEO, though, told me that he decided he wanted to know which kinds of people were their best customers. They set about doing some research and discovered four main types of people who bought their products and services. The company re-focused on just those groups of people, virtually ignoring the people who were never going to buy from them. Three years ago, before this strategy was in place, the store had been making losses. The last two years have seen growing profits; a complete turnaround.

Two days after discussing this situation with that CEO, I was given advanced notice of some marketing information which was going to be presented to an organisation’s senior executives. I was being asked if the interpretation of the data that was to be discussed was reasonable or fair.

The organisation had needed to target potential customers quickly. It had just three weeks (including Christmas) to try and get two more clients who would spend around £16,000 each with the organisation. In only four days, they had identified five types of people who would be likely to spend that money. The marketing people produced five separate videos, created five different landing pages and lined-up five different advocates who would help them on social media. Yes, all in four days, which shows what can be done if you put your mind to it.

The results of all this were impressive. The click-through rates on their campaigns were two to three times the average for their sector seen on Google. Furthermore, their conversion rates on those clicks were 18 times above the average for the rest of their organisations’ campaigns. The final result was that in that three week period – when most people were busy on Christmas and New Year activities – they reached their target of two additional customers, bringing in the required financial boost and providing a return on the investment of the campaign of more than 140%.

This story has the same central theme to it as the London shop. Both companies had decided who they did NOT want as their customers. They rejected the notion that their products and services would appeal to “anyone” or “everyone who wants what we sell”. Instead, they both focused on precise behavioural targets and did everything that was relevant to them, ignoring everyone else.

When I looked at the sector data for the organisation that had achieved their two additional customers, it was clear that all of their competitors had campaigns which were aimed at anyone in that arena. If you were in that market, their campaigns would have reached you. But the click-through rates and the conversion rates for those competing campaigns were dismally low, peaking at just 0.2%. That’s because their definition of who might be a customer was too broad.

In the example of the London store, their decision to focus on highly specific customers and ignore the rest has paid off in a significant change in their financial position. All too often when I ask business leaders who their customers are I get broad definitions such as “anyone in the area” or “everyone who wants our kind of products”. I then turn the question around and ask “what customers don’t you want?” I then get a barrage of replies including “time-wasters”, “people who constantly complain”, “those who need high levels of service”, and so on. Then I ask, “so why are you targeting them with such generalised marketing?”

In the space of just a couple of days this week I have seen how two leading firms have dramatically improved their business. They both decided who they did NOT want as customers, giving them time to focus on highly specific clients. We are bound to be more successful when we decide first what customers we do not want, so we can reject them and stop wasting our time, which we can more usefully spend on the people who will buy from us.

Decide first who you do not want to sell to. That will then leave you time to develop more specific methods of targeting the people who will be your most loyal customers. There used to be an advertisement several years ago from the fish canning firm, John West. It went, “it’s the fish that John West reject that makes John West the best”. Just change a few words and you could have “it’s the customers that our firm reject that makes our business the best”.