Do you really need to be “number one”? 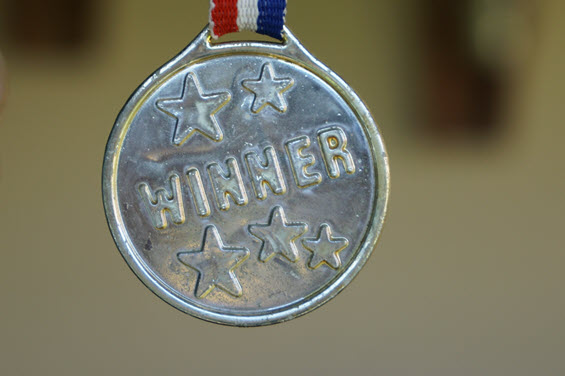 The following pop stars have something in common, but what is it? Olly Murs, JLS and One Direction. Well, one thing they have in common is immense popularity and enormous music industry success. So can you guess what this second list of names has in common and what’s the difference between the two sets of names anyway? Matt Cardle, Joe McElderry and Alexandra Burke.

You can play this game with other contests too. Who is one of the world’s most famous racing drivers? Sterling Moss, is what many people would answer. Indeed, he was immensely successful but never won the world championship, coming second instead.

The hugely popular classic film Star Wars lost out to Annie Hall in the Oscars. Which film has had more success do you wonder? And guess what, Christopher Columbus was not the first person to discover America. Others got there before him.

The adage that “no-one remembers who came second” is untrue. Indeed, there is science to back up this point. Professor Chengwei Liu from the University of Warwick has conducted several studies that have shown that people at the top suffer from “regression to the mean”. In other words, if you are really good at something it isn’t long before you fall back to being average. In a study of companies that came top of their league in a given year, they fell back to average the year later.

I started discussing this notion of coming second during a masterclass I was running for Chief Executives the other day. I had pointed out that the world’s leading online fashion store, ASOS, is likely to turnover £2bn this year. But I added that even if only 1% of the turnover of Amazon were fashion, it would be doing better than ASOS. We might not like to think so, but Amazon is almost certainly the world’s “number one” for fashion sales on the Internet. ASOS, therefore, is really “number two”.

One of the CEOs asked me what would it take for ASOS to be “number one” and why weren’t they trying to do that. Perhaps, said this chief executive, that Amazon was just too dominant, too big and in a monopoly situation. It was all so unfair.

However, I disagreed. Here’s why. If ASOS tries to beat Amazon, it is going to take a great deal of effort, time and money to achieve it. That would mean all the company’s attention would be placed on fending off the competition of Amazon. Meanwhile, the current focus on customers would have to be diluted. ASOS could probably not afford to provide the high level of service it does at the moment as well as deal with the contest offered by Amazon. For ASOS, being “number two” is good. It means it can focus entirely on its own customers, mainly ignoring the people who would rather use Amazon.

It reminds me of the time when Sir Terry Leahy took over as the CEO of Tesco. At the time, the supermarket chain was an “also ran” in the sector. Sainsbury was “number one”. When Sir Terry (or plain Mr Leahy as he was then) became CEO, he changed one thing at company meetings. He asked his directors to stop talking about Sainsbury and start talking about Tesco’s customers instead. For years, the Tesco teams had constantly worried about being “number one” and dealing with the competition that took that spot (Sainsbury). As soon as Tesco started to concentrate on customers, rather than the competition and being “number one”, things began to change for the supermarket. ASOS spends much of its time focusing on its customers, and it clearly works; thinking about the competition for the “number one spot” would take the company’s eye off the ball.

It’s the same with “being number one on Google”. This is the “holy grail” of everyone involved in search engine optimisation. It is true that the “number one” slot gets more clicks than all of the other links on the search results page combined. However, Google’s own data show that around two-thirds of those clicks bounce straight back, as people were instantly disappointed with what they saw. Being “number one” doesn’t always please the website visitors. And that happens because the page they are taken to is designed to be “number one on Google”, rather than focused on visitors.

Also, because everyone else wants to be “number one on Google”, it is a constant battle. Companies spend thousands of pounds each year to ensure they stay in the “number one” position. That takes their focus away from customers and pushes their cash to agencies and consultants who battle the fierce contest for “number one”. Meanwhile, the company at the “number two” position doesn’t have to do very much to get almost the same amount of traffic – perhaps even more useful traffic than the “number one”.

Whether it is a Google search results page, or your position against the competition, striving for that “number one” slot is often counter-productive. Generally, being “number two” or “number three” is more beneficial to you. It means that the mathematics of “regression to the mean” has less impact on you because you are already closer to that average. It also means you don’t have to spend as much money as the firm trying to be at “number one”. And it means that you can focus more on the customers, which is going to be more beneficial to your longer-term success.

Being “number one” is great for your vanity. But is it sanity?