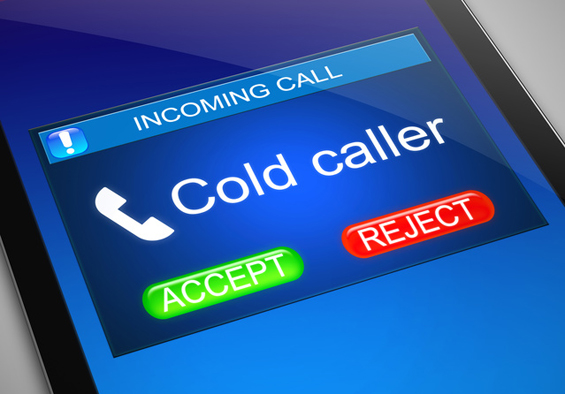 It’s another week of coincidence. On Sunday evening, I was sent an email from Australia asking if I was interested in a “Guest Post” on my website about “cold calling”. Then, on Monday I had a request from the UK on my “newsletter question” page asking me about the same topic. So, it is thanks to Peter Smith, who submitted the question, that the impact of social media on cold calling is this week’s theme.

Cold calling is widely detested by many people. You have to be a particular kind of individual to get a buzz from continually calling people you have never met and getting rejected by them, time after time, after time. I recall being at a conference a few years ago when one of the speakers said that business owners should make ten cold calls every day of the week. The speaker claimed that doing so would inevitably lead to custom. According to many people in the audience that I spoke with, it would also inevitably lead to frustration and annoyance.

Of course, if you are a big firm with a cavernous room full of young people keen to earn commission from calling anyone, you can get to tens of thousands of individuals each day and, as a result, the numbers build up. However, the numbers of complaints also rise. Just a couple of months ago, one firm was fined £350,000 by the Information Commissioner’s Office for sending out 75m unwanted calls in the space of four months. That’s more than 46,000 calls a day. They wouldn’t do it if it didn’t work. But you need these kinds of numbers to make it viable.

Quite apart from the fines, there is the financial aspect to consider. You need lots of people or an expensive automated system. Plus the return is meagre, contacting millions of people just to get handfuls of customers. Wouldn’t it make sense to approach only a few prospects and get almost all of them to become your client?

One study from the time management company, Franklin Covey, has found that when you cold call people who have been the result of some kind of referral, the success rate jumps from the average 0.1% to a whopping 82%. Other research has shown that the typical salesperson spends 20% of their time cold calling. Just imagine if that time was spent on calling those “hot leads” rather than getting a measly 0.1% return.

The question is, how do you get such fantastic referrals? These days one of the answers is social media. You can be connected to potential clients using LinkedIn, for instance. Or people can share your information on Twitter, Facebook or good old-fashioned email. In the past, if you met someone who had some kind of business problem and you knew who could help them you would either have to remember to phone them later on with the relevant contact details or you would have to write a letter of introduction. Nowadays, its a click on your mobile phone and “hey presto” you have connected the two people.

So, far from killing off cold calling, social media has transformed it into “hot calling”. It means that the 20% of the time that salespeople spend on calling prospects can usefully achieve an 82% return, compared with not using social media referrals when the success rate would drop to 0.1% or perhaps 3% if your staff are very, very good.

The problem with social media, though, is that people are using it as a replacement for calling. They try to hold “conversations” with LinkedIn messaging or worse still on Facebook Messenger. There are very few businesses where electronic communication is a viable replacement for speaking with someone. So you have to pick up that phone and talk to prospects – otherwise, you will not get any benefit from those social media referrals.

Used together, social media and phone calls to people you have never met can generate more custom. Alone, neither of these methods of connecting with people work particularly well, unless you are into the mass numbers game. But taken together social media referrals combined with follow-up calls make an excellent way of generating new business. Indeed, a similar point is made in the video below by my friend Anthony Stears, “The Telephone Assassin”, who helps companies generate more business using the telephone.