It’s a myth that you can make money online 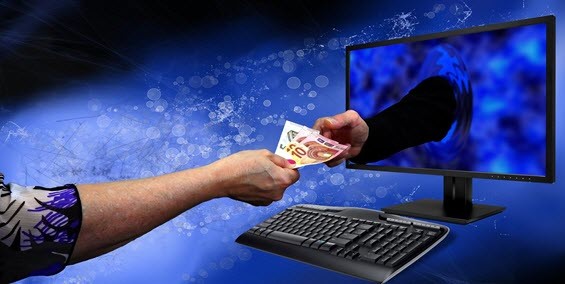 You can’t move far online before you are met with advice on how to make millions. There are all kinds of promises on how you can achieve online success, almost overnight. There are endless “secrets” and you can sign up for hundreds of courses all supposedly showing you how to use the Internet to make money.

Guess what? Most of what you read is nonsense. The majority of the people selling you their “secrets” aren’t rich and haven’t made much money online – if anything.

Yet, there are success stories. Darren Rowse has become a hugely successful blogger. Zoella, a British YouTuber, blogger and author, earns an estimated £50,000 a month online. Meanwhile, her brother Joe – another YouTuber, known as “Thatcher Joe” – has earned an estimated £1.3m from his online activity.

However, these examples – which many people aspire to – are the icing on a very big cake. According to a new study by Cornell University Assistant Professor, Brooke Erin Duffy, hardly anyone makes money online. In her forthcoming book, (Not) Getting Paid to Do What You Love: Gender, Social Media, and Aspirational Work, she reveals the results of her research showing that earning money from online activities like blogging and social media is only achievable by a tiny number.

Dr Duffy’s book focuses on female bloggers and social media “personalities”. In it, she says: “I learned that, often, these young women were motivated by the wider culture’s siren call to “get paid to do what you love.” But their experiences often fell short of the promise: only a few rise above the din to achieve major success. The rest are un(der)-paid, remunerated with deferred promises of “exposure” or “visibility”– even as they work long hours to satisfy brands and project authenticity to observant audiences.”

In other words, it’s all “smoke and mirrors”. People might appear to be doing well online, but they are keeping up the facade in order to pursue their dream, which continues to be constantly far away into the distance.

The fact is, that most online activity doesn’t produce any direct income. It is estimated that of all the billions of pounds being made online, around 95% of that is shared by about ten companies. The huge majority of websites, blogs, social media accounts and so on are a COST to the business, not a source of profit.

Almost a decade ago, a study by ReadWrite revealed the answer. It showed that blogging, for example, didn’t really lead to much income for people. However, it was the consultancy that the bloggers could do which leads to the real income.

Go back to those YouTubers and bloggers that have made it. Look where their income comes from. Yes, they make money from online advertising. True they earn cash from selling products through affiliate links. But the vast majority of what they earn is “offline”. It is consultancy, media work, speaking, and so on. In other words, even the leading online income earners don’t generally make most of their money simply from what they do on the Internet.

That’s the trick to their success – and the reason why the dreamers fail. The top bloggers, YouTubers and social media personalities see what they do online merely as a vehicle for their business – just a channel to market. They don’t perceive what they do as the income generator itself.

The dreamers think differently. They aspire to be like their online heroes but fail to spot that they actually run businesses and use their blogging or social media activities to generate income in other ways.

We need to stop thinking of the Internet as a way of making money. Rather, we should think of the web as a way of generating interest in what we do in our business and then make money as a result of that. In other words, your website or blogging or YouTubing is just a lead generator.