Three facts that Internet businesses can learn from UK politics 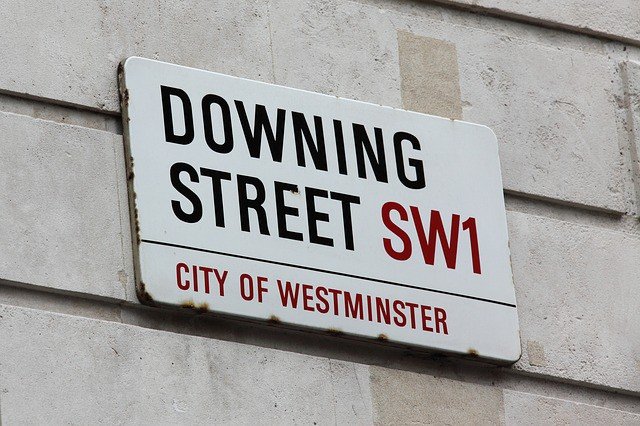 The Prime Minister of the UK, the Rt Hon Theresa May MP, wants the British people to allow her to carry on living at 10 Downing Street. The starting gun for the General Election was fired on Wednesday when Mrs May went to see the Queen to formally dissolve Parliament.

The next day, though, the UK fell strangely silent in terms of political discussion This was because there were elections up and down the country for councils and mayors. And on polling day it is illegal to discuss politics in the media.

Today, of course, it is different. Pundits are poring over the results from last nights counts of voting and suggesting what it all means for Theresa May and her desire to be back in No 10 next month, on 9th June, the day after we all go to the polls, again.

The results suggest she is not going to have to ring up a removal company anytime soon. It looks like she is assured of being in Downing Street for a further five years or so.

However, the election results also reveal three other interesting factors. Firstly, in spite of being the largest political party in Europe with more than 600,000 members, Labour is losing votes. Secondly, people who previously voted UKIP appear to be happy to switch allegiance and move to the Tories or even to Labour. The third interesting feature about the local elections is how few people voted; in the election for a Mayor for the West of England, seven out of every ten people did not bother to vote.

These three facts might give political pundits plenty of stuff to chew over, but they reveal three important issues for anyone running an online business.

The Labour Party is constantly saying we’ll all be surprised in elections because they are the largest party with the biggest membership of any political grouping in Europe. That is true. With more than 600,000 members they have a huge following. But followers are irrelevant to politicians. What counts are votes.

It is the same situation with thousands of online businesses. They boast of millions of Twitter followers, hundreds of thousands of Facebook “likes” and fans on every social platform you care to mention. But their bank balance? Yes, you guessed correctly, these companies have loads of followers but pitifully few customers. Indeed, I know of businesses with thousands of followers on Twitter, who seemingly have a vibrant business, yet secretly they are almost bankrupt.

Social media encourages you down the Labour Party line – the “mine is bigger than yours” approach. Badges on websites showing the number of likes or how many Twitter followers you have may appeal to your ego, but they frequently make little difference to profits. Today, we find the Labour Party focusing their commentary on the number of members they have, whilst appearing to ignore the number of votes (at least in public). Online businesses make the same mistake; they focus on the number of followers, rather than the profit in the bank. Plus, we already know that social media is less help to business than we might think.

People are no longer loyal

The local elections have seen people switch their votes from UKIP to both Labour and Conservative. It also appears that some have gone from Labour or Tory towards Liberal Democrat. One of the reasons that political pollsters have problems in predicting results is that these days people are prepared to move from party to party, changing their allegiance at a moment’s notice.

The same is true in business. Research shows that customers are much less loyal to brands than they used to be. Furthermore, Internet users are fed up with all the “shouting” by brands. The power relationship has changed in the business world. Before the Internet, a company was “in charge” as they were the only ones with the facts and information to help customers make a buying decision. Now, all of that has altered. Customers can check the latest information on any product or service and can find the cheapest deal or the best item for their specific needs. Loyalty has disappeared. We see that in today’s election results. And you see it online too; people switch from supplier to supplier without a care. Companies are not realising fast enough that loyalty is a thing of the past. What matters now is serving specific needs and therefore having a deeper understanding of what your potential clients really want. That’s also the missing link for many political parties; they know what their “fans” want, but haven’t much of a clue as to what the rest of the country desires.

The local elections have seen a dismal turnout. Most people who could have voted didn’t bother. When this happens, politicians often blame the weather, saying people don’t like going out in the rain. But yesterday for most of the country the weather was fine. So it is not the weather. For many, it might have been they felt their vote was wasted as the result was a foregone conclusion. Alternatively, people might simply not be interested. Who would have thought? The Great British public has more interesting things to do than getting involved in driving to a dingy hall to use a pencil on a string to put an X in a box against someone’s name they don’t even recognise. In other words, people are more interested in themselves and their own lives than they are in the world of politics.

The same is true in business. Customers don’t care about your products or services. They couldn’t give a monkey’s about your latest news. They have no desire to find out about your “top offers”. All they care about is themselves. Politicians make the mistake of thinking that people care about what is going on. But frankly, most people don’t. They just want to “get on with their lives”. Similarly, your customers don’t care about what is happening in your business; they just want to “get on with their lives”. So your latest news, your constant desire to increase web traffic and your company’s burning need to get more newsletter subscribers? It’s all of little consequence.

What’s to be done?

Politicians will carry on over the next month running up to the General Election thinking that everyone is interested in what happens, that their fans represent what most people want and that their numbers of followers will translate into votes. Most politicians will wake up on 9th June somewhat surprised that vast numbers didn’t vote, that people switched parties and that their fan-base didn’t translate into wider popularity.

Don’t let your business be thinking the same. Followers on Twitter are nice to have, but the statistic to focus on each month is profit, pure and simple. Similarly, even if you have millions of adoring fans, stop thinking they represent your customers. They don’t; they are a subset. What they tell you is not what most of your customers think, so put in place measures to find out what your “non-fans” consider important. Finally, be prepared for people to be disloyal. That means you need to avoid complacency; plan for the fact that people will leave you and move to the competition. And, in turn, that requires you to understand more about the competition so you can reduce their impact on your customers.

Social media good for your business – in context. Fans are important for your company – but take what they say with that proverbial pinch of salt. And loyalty is a scarce commodity – which means you have to always be on the lookout for triggers of disloyalty to prevent it from happening.

You may not have participated in the local and regional elections in the UK. You may not even be voting in the General Election on 8th June. But one thing is for sure. If you run an online business you can learn from politicians. Well, at least you can learn what NOT to do..!