Is the Internet stressing you out? 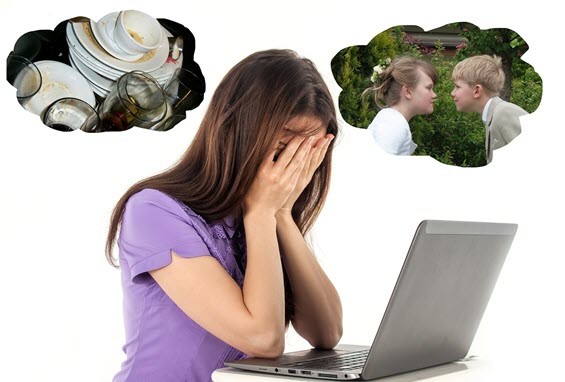 Is the Internet stressing you out? This month is “Stress Awareness Month“, and it comes at an appropriate time. Here in the UK, people are massively stressed as a result of government indecision over “Brexit”. Elsewhere, stress is rising too because of political changes and actions, particularly the rise of extremism.

In fact, stress has never been higher. Doctors are recording more and more cases of mental health issues triggered by stress. The amount of money lost to business as a result of work-related stress is rising continuously. So what’s going on?

We tend to get stressed when we feel we have less control over our day-to-day lives and when we have increasing demands upon us. We also get more stressed when we think we are going to be missing out on something that others will not.

You will hear people tell you that “some stress is good for you”. That makes people think they should be stressed. However, even though a small amount of stress can improve performance in some tasks, it quickly leads to a dramatic fall in performance in many others. Much of the world is suffering from lowered productivity. As a nation’s stress increases, productivity tends to fall because people are performing less well. Companies with loads of stressed employees don’t do as well as the competition. Overall, stress inhibits business productivity, not enhances it. Bosses who think that “some stress is good for you” are taking the wrong approach entirely.

Increases in work-related stress lead to higher levels of anxiety and depression, which are also at an all-time high at the moment. The global political situation doesn’t help, but it’s not the primary cause of stress in the modern age.

The Internet leads to stress

The principal cause of stress these days is the Internet. While the Internet makes you think you are in control, it’s an illusion. Constant interruptions from email or social media mean that you don’t have the control over your time that you think you have. Having an email account presents the illusion that you can be in control, communicating with who you want, when you want. But in reality, the email program is in charge of you deciding when you will hear from people and alerting you to do things at an inappropriate time. Your subconscious brain thinks you are out of control and that sets in train the progress of stress.

The Internet also increases demands on people at work. You get more material to read than ever before. You have to check multiple sources of information to gain as many facts and figures as possible. You have to monitor social media. You need to deal with emails all hours of the day. You are expected to write more than ever before too. Not only that but because the Internet allows instant communication, bosses hope things can be done faster. Ten years ago people were happy if Amazon delivered in three days. Now, they’re upset if the same-day delivery option is not available. The way we use the Internet has led to an increase in the desire for “instant gratification” and that extends to bosses as well, who want work done in record time.

For most office workers they are expected to do more in less time, as well as being out of control over their timings of everything because for many things the Internet is effectively in charge. The result is a combination of increased demand and lowered control – a perfect storm for stress production.

Add to this the fact that many people experience the Fear of Missing Out (FOMO) which is a psychological reaction to knowing that other people are doing or achieving things which you are not. Social media has triggered a great deal of FOMO which is driving constant checking of Facebook or Twitter, for instance. FOMO is a stress producer, so adding that to higher demand and lower control and it is no wonder that so many people are stressed these days.

There is a solution, though, and it is relatively easy to implement to stop the Internet stressing you. The answer is to set routines for everything you do. When we have habits, our brain relaxes and feels in control. That reduces stress. If you didn’t have a routine of cleaning your teeth every morning, your mind would worry about it all day, prompting you to check whether you did indeed brush them. But when you have a routine, your brain knows you always clean your teeth first thing, so it can relax – thereby removing a stressor.

When you don’t have routines for email, or for social media, or for writing, your subconscious brain starts to fret. It worries that you may not have done something important; it raises the FOMO flag. However, when you have routines for online activities, your brain relaxes because it knows you are in control.

The reason the Internet is causing so much stress is that people use it without any kind of routine and without considering who is in charge. Once you exert control over the Internet by setting routines, you feel less stressed and you have less FOMO too.

To get me to help you develop your Internet routines then sign up for my Internet Productivity Coaching.