30 years of the World Wide Web 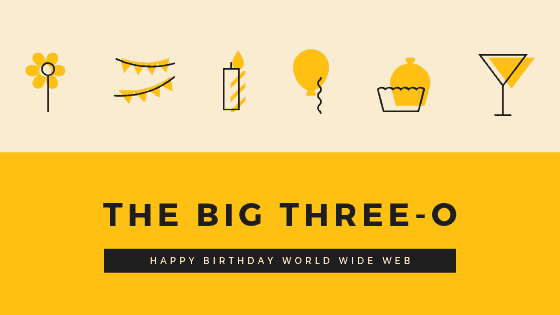 Who’d have thought it? 30 years of the World Wide Web? Well, almost. Today marks the day on which Tim Berners-Lee submitted his original proposal for a system he called “Mesh“. His bosses at the CERN laboratory in Switzerland thought the idea was reasonably interesting, but nothing much was done until a more formal proposal was submitted 20 months later in November 1990. It wasn’t until August 1991 that the first website was published by CERN. Today, therefore, is not really the birthday of the web, but the birthday of the formal proposal of the first idea of the web, even though Tim Berners-Lee was considering such ideas several years earlier. 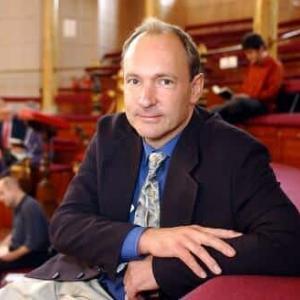 What is remarkable is the vision of Sir Tim (he was knighted in 2004 in recognition of his invention). Back in the mid-1980s computer networks relied on text and you could only swap information between individual computers, one at a time. Sir Tim came up with the notion of what he called “hypermedia”, the ability for text, images, sound and video, to be available to any computer on the network with a simple click on a piece of text he called “hypertext”. Now, of course, we do all of that swapping of information every day, within seconds. Back before we had seen 30 years of the World Wide Web it was all a dream.

What was business like before 30 years of the World Wide Web?

Life in offices before the World Wide Web involved lots of paper. Emails did exist, but only in larger firms. For most companies communication was through letters and memos. These were delivered once a day in the “post-round” where a messenger would bring a pile of documents and plop them on your desk. Office workers had physical inboxes they had to work their way through.

If you wanted to talk to anyone you either had to phone them, or go and see them. If you were out and about, there was no mobile phone. Many people had “pagers” which bleeped to let you know someone was trying to contact you. You then had to find a public phone box, some change and make a call to get your message.

To research facts and figures you had to subscribe to several directories of information within the office. But for most things you needed to visit the local library or a specialist library such as one at a local university.

If you needed to do any shopping for the office you had to order on printed forms that came with specialist catalogues. Or you had sales representatives call in each week to take your orders for items. For everyday things, you needed to go to the local High Street shops.

What has the World Wide Web brought us?

There are significant advantages which have come about from 30 years of the World Wide Web. Some are trivial, such as the convenience of not having to get wet when you need to buy something because you can shop online without needing to go out in the rain. Others are significant, such as the speed with which business can be done across the world, reaching new markets and finding new suppliers globally.

What next for the World Wide Web?

We can already see signs of businesses getting tired with the Web. Managing stress at work is a real issue for many businesses and they are realising that this is connected with the use of the web. Productivity levels are falling or static and this is also linked to using the World Wide Web. As a result, businesses are already starting to look at the strategic use of the web. Some companies, for instance, are starting to limit email usage and people are seeking increased ways of preventing social media overload. What this all means is that in the coming few years we will probably return to some of those tried-and-tested offline methods of business communication to reduce the pressure created by the Web.

Technological advances will continue apace, of course. Biological connections are coming soon whereby people will be connected to the Internet. That will provide security, medical monitoring and associated health improvements, as well as location information. Of course, this will all come with a huge moral debate too.

But whatever happens in the next 30 years of the World Wide Web there is one thing for sure: it will be vastly different to what you experience today. After all, the last 30 years have seen a transformation in society which is the fastest in human development for the past million years. Buckle up and prepare for a bumpy ride in the next 30 years because if you think the last 30 has flown by, the next 30 will come at breakneck speed.